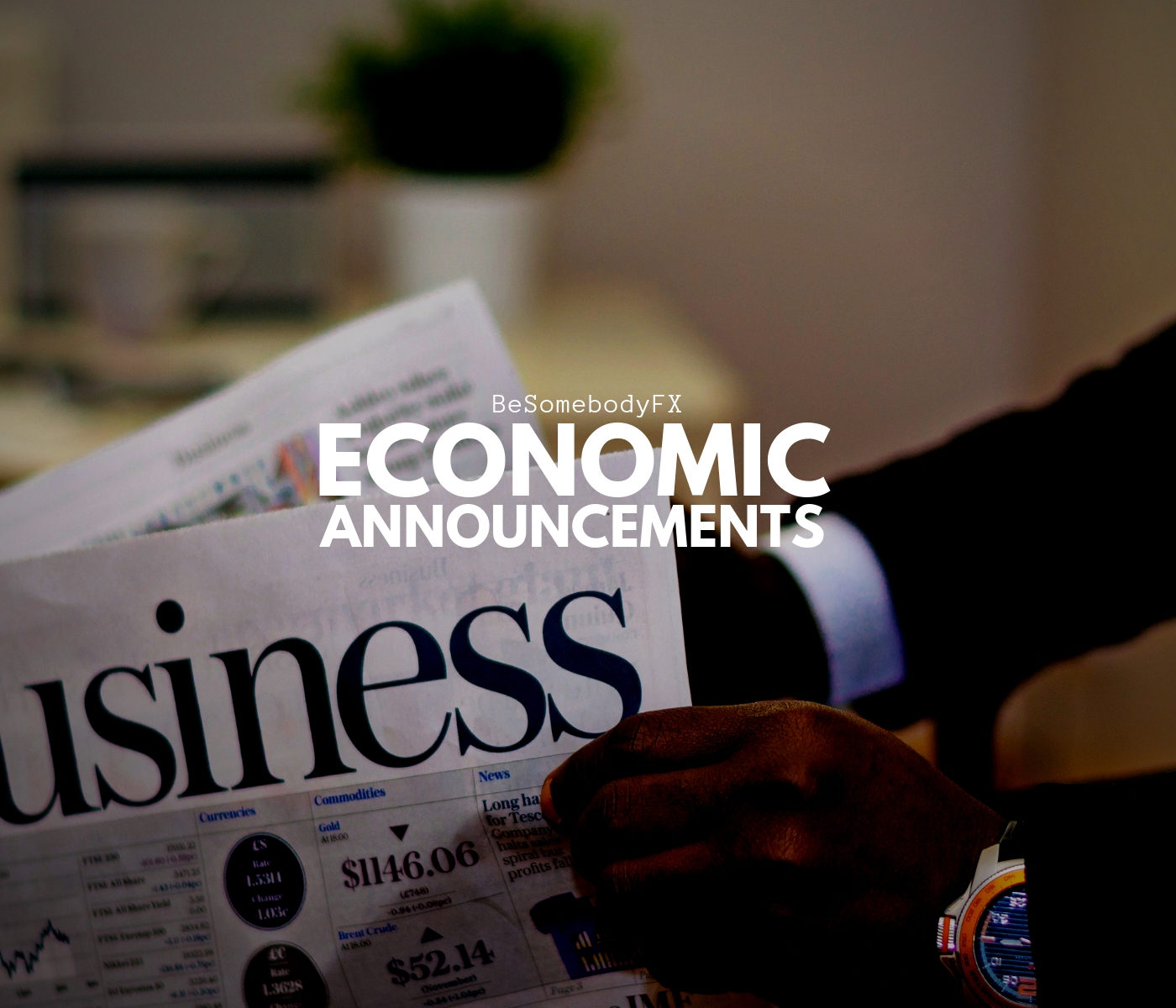 what are the most relevant economic announcements that affects the forex markets?

If you’ve ever spent any time reading financial news, you’ve almost certainly seen or heard references to things like CPI, NFP, and the FOMC. If you’re new to forex trading, you may have asked yourself “what exactly these things are and what they mean?”

The answer is simple: key economic indicators like the ones above can provide great insight into the state of a country’s economy and currency. As a result, they are something experienced forex traders tend to pay a lot of attention to.

So what are the most relevant economic announcements that affects the forex markets?

GDP, or gross domestic product, is the total value of all goods and services produced within a country and is thus a critical indicator of its overall economic health. GDP figures are usually watched closely by traders as they have a direct bearing on a country’s overall economic strength. In most cases, a nation’s currency will decline in value if its GDP drops below expectations. The opposite is true when the GDP beats consensus estimates.

The fact that a country’s GDP is calculated from numerous economic news sources and measurements usually means that by the time GDP figures are released, there is not much surprise about what it will be. When this happens, the impact on a country’s currency is likely to be minimal. When GDP figures miss or exceed expectations by a large margin, however, this can have a major impact on the value of a country’s currency.

2. Central Bank Interest Rate Decisions
The central bank of a country is responsible for setting its monetary policy, including its interest rates. Interest rates can have a major impact on the strength or weakness of a country’s currency.

In many cases, traders usually have an idea of what the central bankers are going to do based on consensus estimates. As with GDP figures, however, unexpected changes in interest rate can have a major impact on affected currencies.

3. Consumer Price Index (Inflation Data)
The consumer price index (CPI) basically measures the average prices paid by consumers for a range of goods, highlighting whether the goods are costing more or less. The CPI is used by most central banks as an indicator of overall inflation levels in a country. The US Federal Reserve uses the personal consumption expenditure (PCE) price index data to track overall inflation levels. Most central banks, such as the European Central Bank and the Bank of Japan, use set inflation targets measured by the CPI as a way to determine future rate hikes.

Given the impact that the CPI has on a country’s monetary policy, its release usually has a significant impact on the affected currency. As is the case with other indicators, CPI numbers that differ from consensus estimates have the most impact on the value of a currency. For example, a currency will typically rally higher if the associated CPI beats expectations. Conversely, the same currency will likely decline if the CPI print misses consensus estimates.

When it comes to the US economy, the nonfarm payrolls (NFP) and the ADP employment change reports are key indicators to note. Investors and traders typically pay a lot of attention to these two indicators and they can trigger significant price movements by the US dollar.

5. Consumer Confidence/Sentiment
Consumer confidence and sentiment trackers are surveys that rate how confident consumers feel about the security of their jobs and economic prospects. In most major economies, including the USA, consumer spending is a critical factor that drives economic growth. If consumers feel confident in their current earnings and job security, they are likely to go out and spend more. The opposite is true when consumer confidence is low; consumers are likely to tighten their spending in the face of an uncertain future. These indicators usually have a significant impact on currencies, especially if they beat or miss expectations by a significant margin.

Want to find out what key economic events are coming up? Check out our economic calendar now.